Sneha Solanki of the A to Z Unit joined our research residency programme in October and is spending 3 months at the lab working on her project the MICRO_FOOD Library.

‘The MICRO_FOOD Library aims to bring the microbial transformers from our food systems to the forefront as a library of micro-organisms. Missing and un-credited bacteria, yeasts & fungus often perform to provide complex flavour profiles, nutrition & of course intoxication – Although their hard-work is enjoyed by many they often go unnoticed.

During the research residency, the project aims to bridge or counter some of this oversight through developing a repository of knowledge and micro-organisms that aspires to engender a ‘D.I.Y’ (Do It Yourself), D.I.T.O (Do It Together) or ‘D.I.W.O’s (Do It With Others) approach to culturing, consuming and engaging with this integral element from our food landscape. The A to Z Unit is an autonomous and evolving culinary research facility with a mission to map, investigate and interact with food systems and ecologies.’

During the first month of the residency Sneha has conducted a large amount of research, planning and mapping for the library – building it into a coherent and ‘possible’ framework. 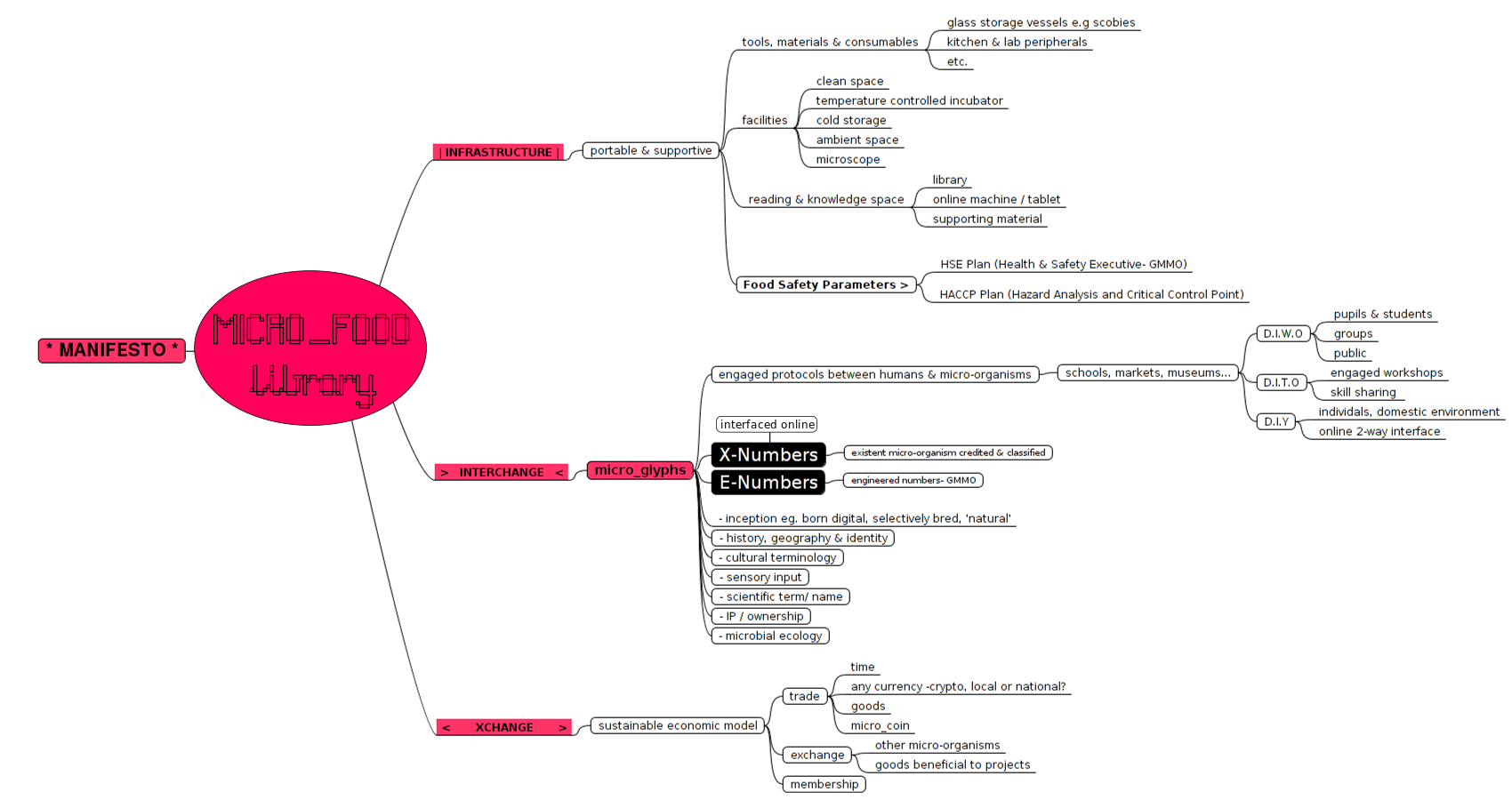 The first micro organisms introduced into the library are:

These organisms, and others that will be added will be classified under an ‘X-Number‘ system- to credit their hard-work which often goes uncredited from our food systems.

Micro-organisms Engineered through genetic systems or synthetic biology will be organised as the ‘E-Number‘ system within the ‘MICRO _FOOD library’. Taking over the ‘European’ ‘E-Number’ system post-brexit.

Follow her research and the project to find out more