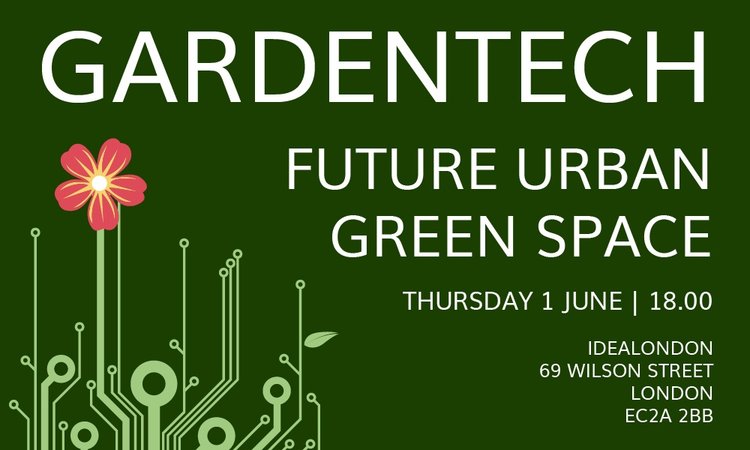 Green Lab will be taking part in the Chelsea Fringe 2017 festival on the 1st June at IDEALondon with the GardenTech team.

The event will bring together academics, charities, corporates and start-ups all working in London with NGO’s, developers and volunteers to improve the quality of the urban environment through the intersection of technology and urban green spaces, from window-boxes to Royal Parks.

Our world faces a unique set of challenges in the coming decades. Unprecedented environmental threats, such as climate change, biodiversity decline and loss of wildlife habitat, combined with accelerating global urbanisation, with an estimated 70% of the world’s population living in cities by 2050, means that at the very point we need to engage with environmental problems with real urgency, we find ourselves the most disconnected we have ever been from the natural world.

However, it’s not all bad news. It’s increasingly being recognised that nature and green spaces are vital for the health and wellbeing of people and wildlife everywhere. Not only this, there are many broader social and environmental benefits that can be derived from going outside and gardening including improved urban air quality, rainwater management, carbon mitigation and urban food production.

While many of the solutions being proposed are top down, driven by government or planning departments, this GardenTech event looks at how organisations and individuals are helping support the resilience of cities such as London by working from the ground up, giving people and their communities the tools they need to make a difference.

Moderated by Prof Kate Jones from UCL, panellists from imby.bio, Intel, the Peckham Coal Line and Green Lab will lead a discussion exploring new approaches to engaging with urban green space, including:

• Hardware-focused, with the development of new ecological IoT devices to support environmental efforts;
• Data-focused, revealing the existing connections between every urban green space;
• Production-focused, exploring ways of feeding us from within the cities in which we live; or,
• Community-focused, reimagining the ways in which communities and green spaces can exist together.

It’s a free event, and we encourage anyone with an interest in gardening, nature, parks, wildlife and urban spaces and how people interact with all of the above, to join and take part in the conversation.

Find out more about the Chelsea Fringe 2017.