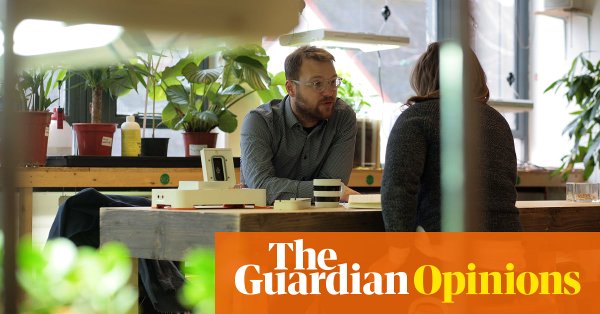 Is Green Lab the Willy Wonka of makerspaces – Guardian article

Aditya Chakrabortty described Green Lab as the ‘Willy Wonka’ of makerspaces in the article he wrote about us for the Guardian this week.

Discussing the lack of support to makerspaces and creatives trying to make change happen for the way we live, he highlighted the importance placed on these environments for London to be at the forefront of new ideas and yet the neglect they face when it comes to planning workspace within the city.

He spoke to Green Lab founder Ande Gregson as to why he started the project in the first place and why it’s so important that it doesn’t fail.

Meet Britain’s Willy Wonkas: the ideas factory that could save UK industry

“A decade after the crash, finance grips London more tightly than ever. No longer penned into the Square Mile and Canary Wharf, it now gropes its way along the South Bank and has turned Mayfair into a shadow-banking quarter. The rest of the city centre provides butler services to the super-rich: luxury developers and estate agents, fad restaurateurs, tax-loophole spotters, reputation launderers in PR.

For Cameron’s Conservative colleagues, this is success, to be celebrated. In 2014, the capital’s then-mayor, Boris Johnson, rejoiced: “London is to billionaires what the jungles of Sumatra are to the orangutan. It is their natural habitat.” Groovy for the great apes, not so fun for us worker ants. Economic diversity in the heart of the capital now hides out in some unlikely places. Go to Bermondsey, just a tube stop away from London Bridge. Follow the signs to the old further education college, whose students and teachers have long gone. Upstairs is a former home economics kitchen, the kind in which you tried and failed to cook an apple crumble. Except now it’s a farm.

Over by the windows, mealworms are breeding. Running along the walls are tanks of fish. In the middle is a mini-greenhouse with huge water tanks where tomatoes and squash will sprout. Any free space is crammed with leafy green plants. And just wait till you hear the plans for a trout farm. Here, slap-bang in the middle of the capital, lies agriculture. Nestling in this abandoned college are a whole bunch of companies. And the laser cutters and 3D printers make it a manufacturing site too.”