By greenlab on May 14, 2019 in Lab Project, Uncategorised 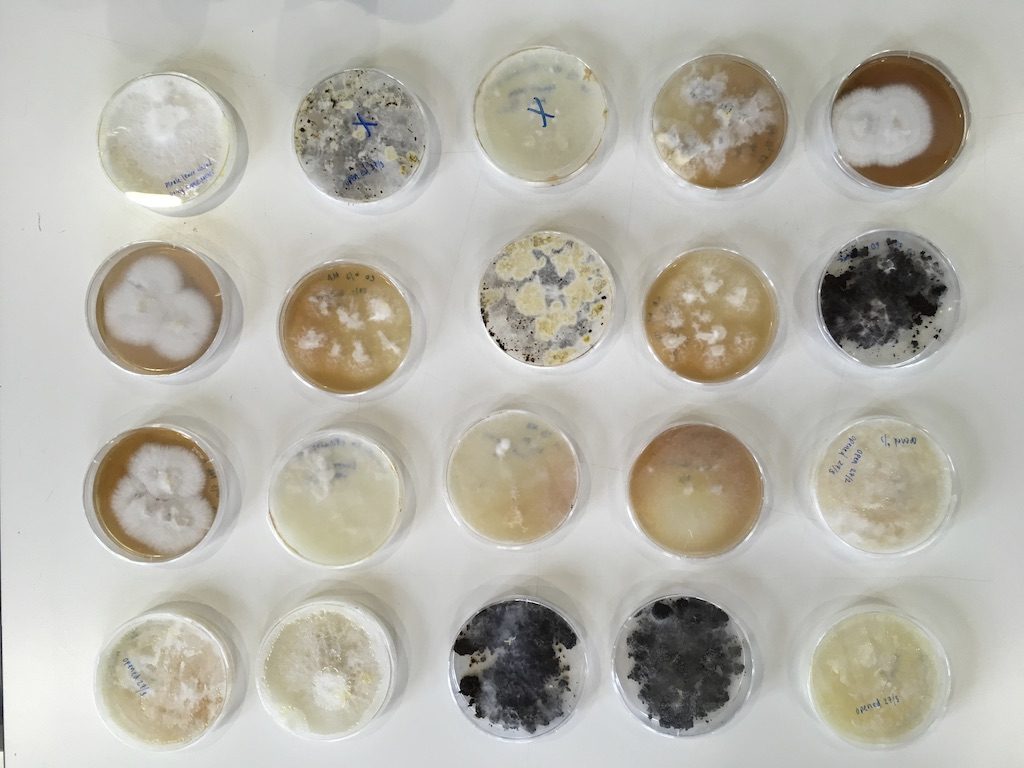 Candyce is a design and material researcher who is also a baker and fermenter. She has now her Local Forms project to the Lab. Having done her masters in Material Futures at Central Saint Martins, many of her projects are often driven and dictated by materials.

Her current project, Local Forms, rose from the constant daily battle of having to work with bad quality proving baskets. A banneton, also known as a proving basket, is integral to the process of making bread and as a practising baker she is in contact with them on a daily basis. The dough proves in the banneton over night before it’s turned out, dusted off and baked in the oven.

The bannetons currently used in most artisan bakeries are either made from wood pulp or woven from wicker. There is an outcry for objects to be made from more reliable sources and materials. Currently there is a big conversation amongst the baking community around how the quality of the wood pulp banneton has dropped over the years. To kickstart the project Candyce reached out to bakers across the country : both home bakers and bakers on a larger scale. Her mission was to understand the relationship between baker and banneton.

An important fact came up through this research : most, if not all, wood pulp bannetons are made in Germany by a large company, who are not very approachable. They have claimed that nothing has changed about their banneton production, but bakers who use and rely on them on a daily basis argue otherwise. This gave Candyce the motivation to explore and tap into current UK waste streams aiming to bring the banneton back, stronger and more local than the previous years.

While exploring with bio plastics and coffee waste (that was being collected from the cafe which is part of the bakery where she works) she stumbled into the realm of mycelium. Being a home grower of vegetables, she wondered what it would be like to ‘grow’ a banneton.  Mycelium is an amazing organism that finds nutrients from what we deem as waste. Through this new found interest and awe in the mycelium kingdom Candyce’s project became about how we can localise and grow bannetons from the local waste.

The ‘Myco-farm’ started off in a very domestic setting : a room in the house and wasn’t too successful during the winter months due to lack of temperature control and contamination. It was put on hold for a bit while she took part in the BioHack Academy at the WAAG in Amsterdam. While doing the 10 week course, amongst loads of other tings, she learnt basic lab etiquette and but also had the time to teach herself about cultivating mycelium on a very small and sterile scale.

On returning back to London her current challenge is to get the mycelium growing strong enough to not have to be in a completely sterile environment and is now also experimenting with different shapes and materials that the mycelium will grown in.

One major factor of this project is the cost. From the get go it was essential that the project cost a minimal as possible, from the mycelium starters to the substrate that the mycelium is grown on. So far everything is collected locally, coffee and flour waste from the bakery that Candyce works at, saw dust and wood chip from a local carpenters.

As with everything that is grown, it’s impossible to tell if its successful right away. LocalForms has become a game of patience and waiting, a bit like baking. 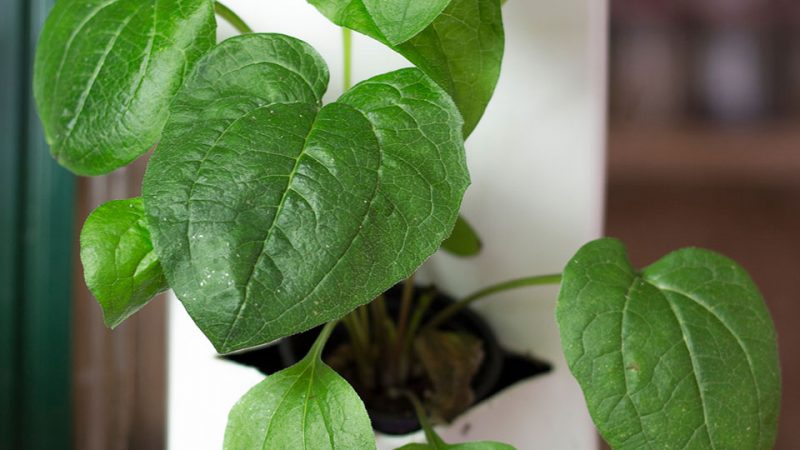 Grow something in February

By greenlab on January 14, 2019 in Uncategorised 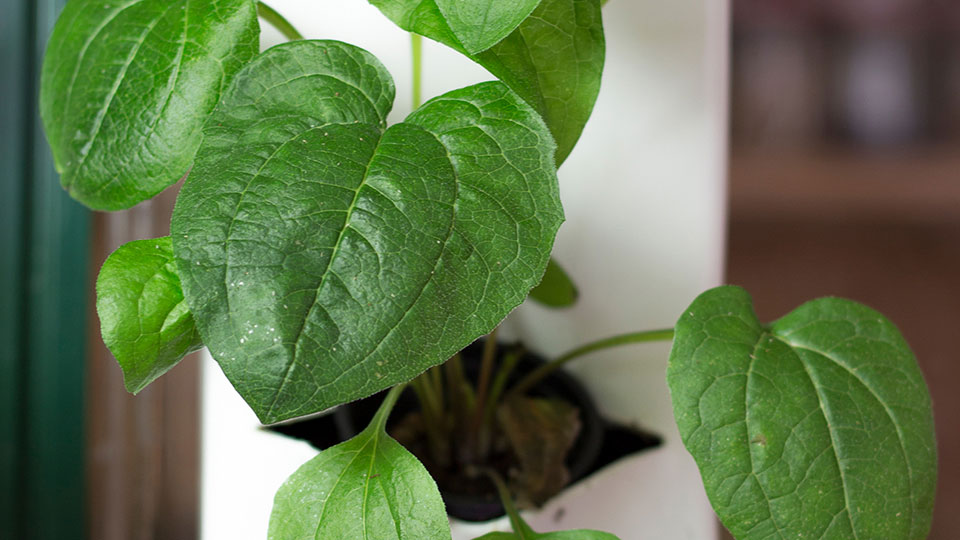 If you’ve ever wanted to get started with your very own urban agriculture project, new business idea or just grow for you local community Green Lab is the place to try your ideas during February.

We are offering free access* to the lab for 30 days to a flexible bench space or grow space, it’s a great opportunity to start that idea, try out the Lab and meet our community using London’s only urban agriculture and sustainable foods workspace.

Whether you want to grow microgreens, rear insects, grow algae, try your hand at fermentation or precision agriculture with robotics, we have the growspace and facilities to support you.

Spaces are limited, so be quick – but to find out more and get free access for February please email us at grow@greenlab.org before the 31st of January 2019.

What is Green Lab? 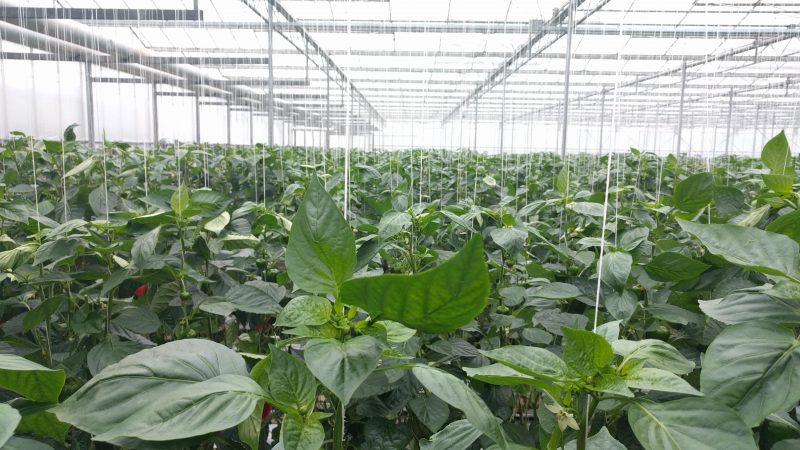 By Anoushka Cole on May 8, 2018 in Uncategorised

Last week the Green Lab team spent the day exploring the immense glasshouses and hydroponic systems of Netherhall Nursey – a sweet pepper farm run by our partner and advisor John Cappalonga. It was eye opening to see commercial hydroponics systems built for scale and serious production compared to the ‘slightly’ smaller ones we have set up at the lab. 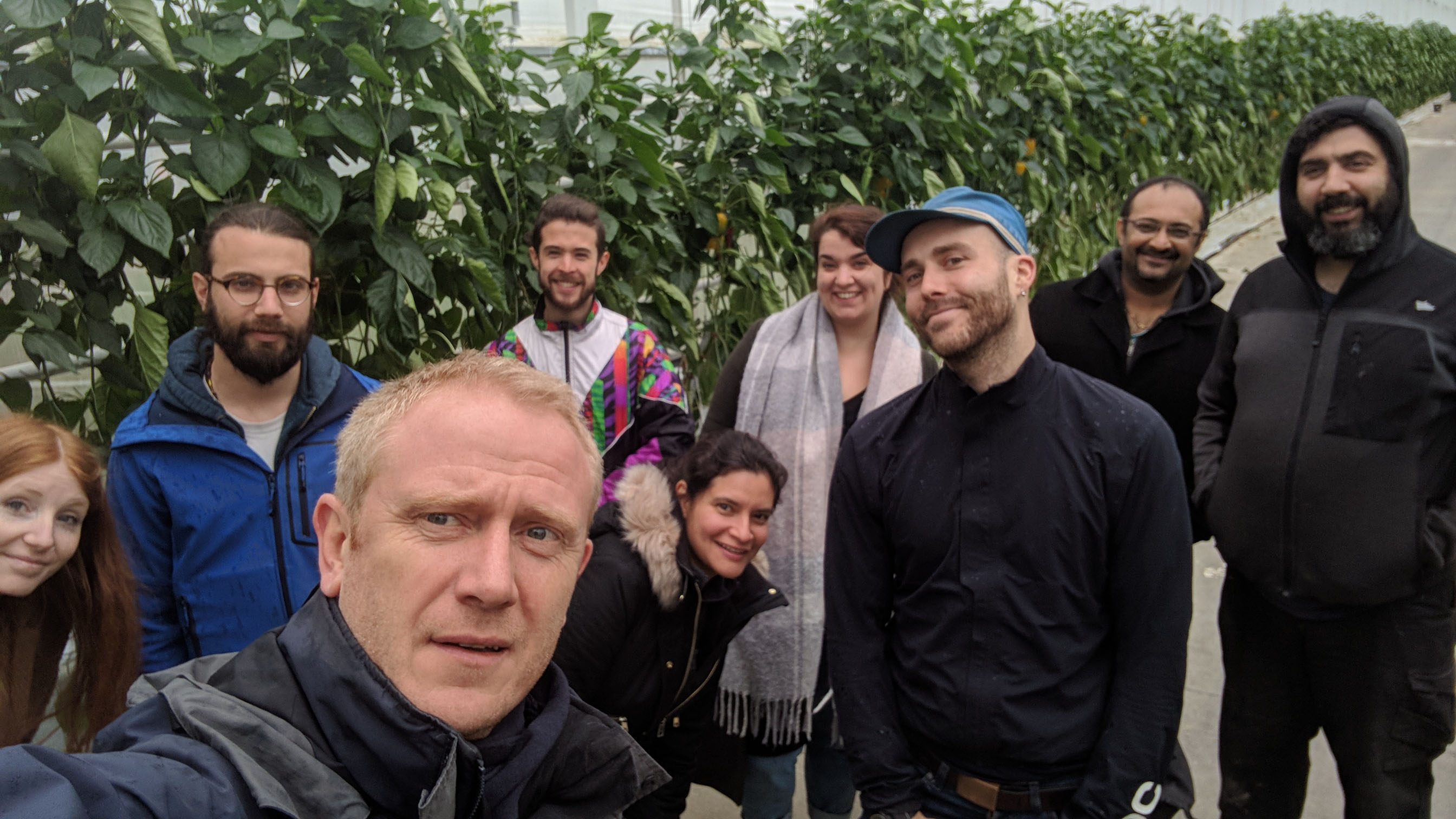 Netherhall Nursery is owned by Gee Vee Enterprises Ltd and is located in the heart of the Lea Valley commerical glasshouse district 12 miles north of London. The nursery currently hosts 3 hectares of hydroponic sweet pepper production & is planning to diversify its output by investing in a state of the art aquaponics system in 2020. This investment represents not only commercial benefits, but also interests in sustainable produce and food security in the future, aquaponics being at the forefront of biodiversity. Gee Vee Enterprises Ltd. will become a commerical leader of de-coupled systems in the UK. 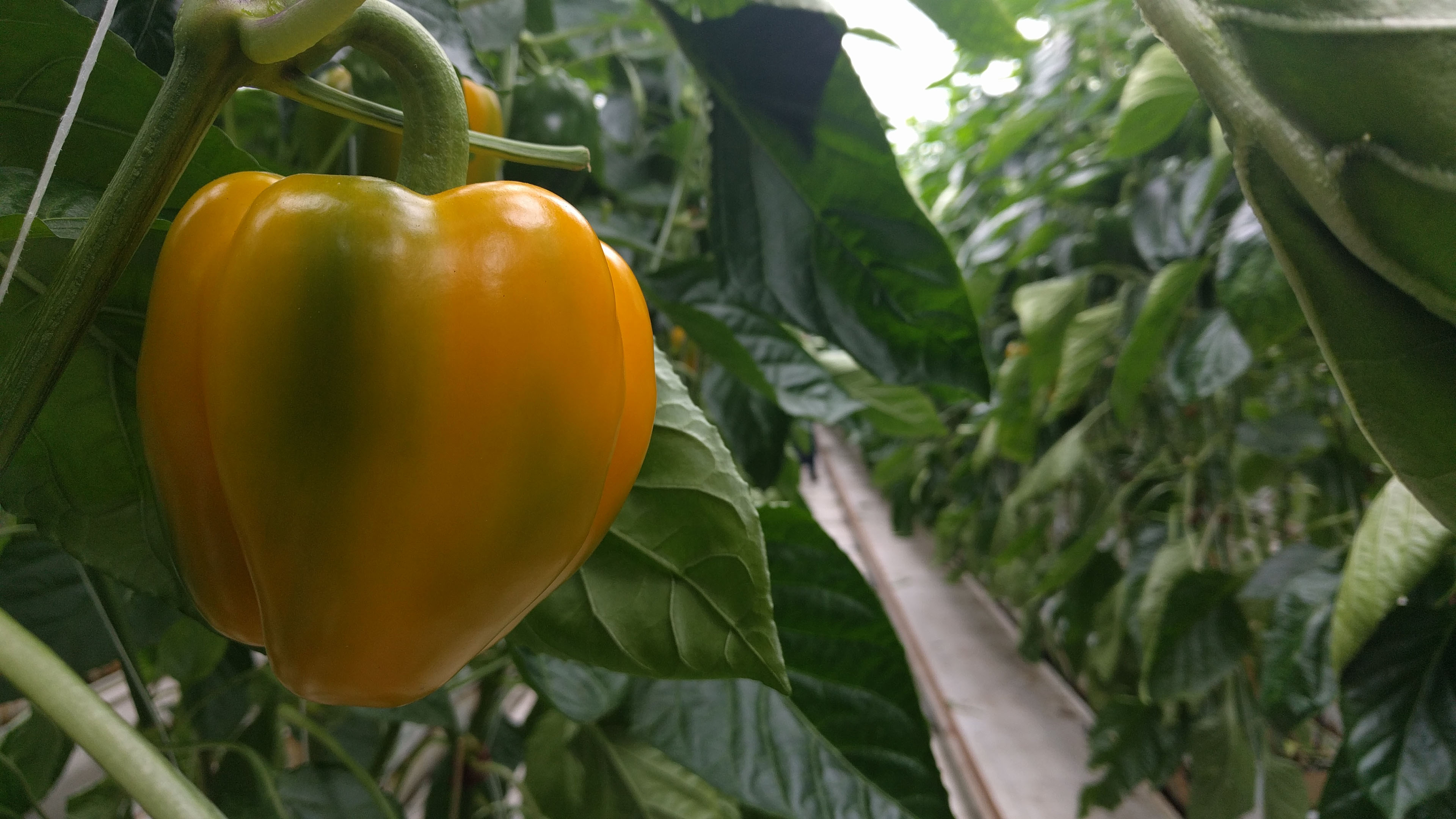 With aquaponics being a key area of development for the Lab we will hopefully be able to help research and implement the systems at Netherhall Nursery, providing a testing site for scale that we could only dream of. The collaboration between the lab and John is also extremely important to us as it connects us to the industry actually producing the food that ends up in our supermarkets, bonding the urban agriculture movement to real farming and food production. His knowledge of process, scale and production is invaluable, as is his expertise in growing, something that is learned from years of contact with your crops and growing up in a farming environment. With most of the lab residents only recently venturing into growing and producing food within the city, any expertise from seasoned pro’s is most welcome. 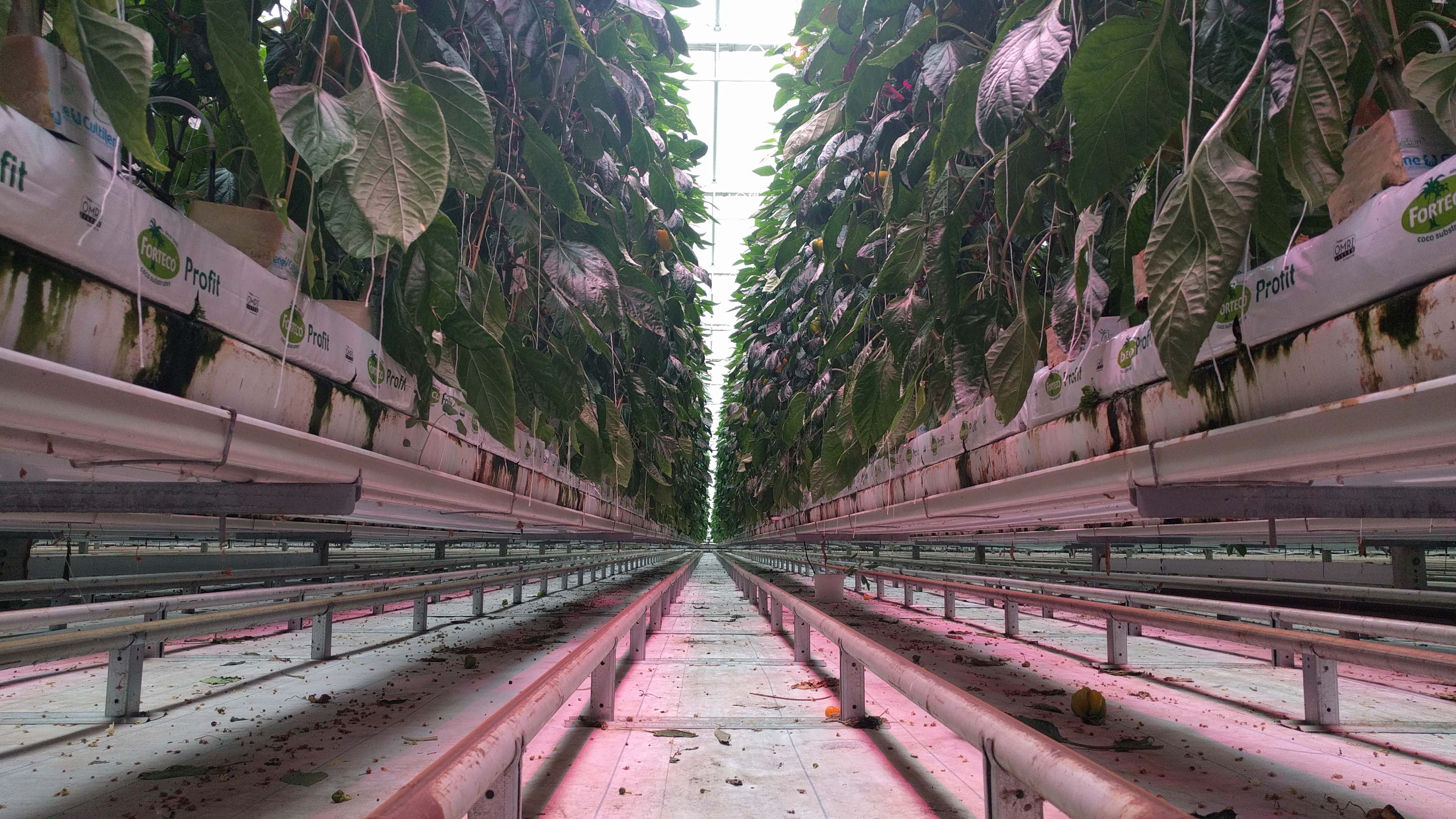 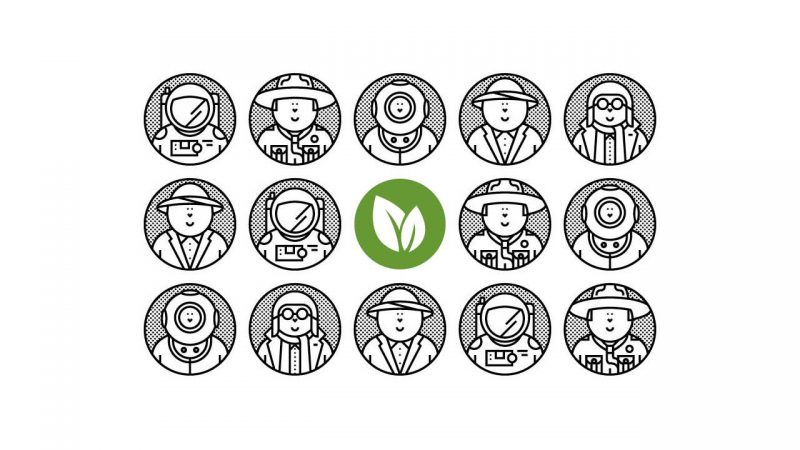 Atlas of the Future: Green Lab is on the map.

Green Lab team is very pleased to have been included in the Atlas of the Future, an online curated atlas of real projects that are innovative with long-term vision and committed to lasting positive impact.

Read the Green Lab entry in the Atlas.

The Atlas lists project from all over the planet having a real impact on a local and global level, projects are chosen based on four criteria.

• Projects have to be real. That means they aren’t dealing with the probabilities of futurology, the stuff of science fiction or in the research stages. They are really happening.

• Projects have to be innovative. They bring a creative element or unique contribution to solving the challenges facing humanity.

• Projects have to be created with long-term vision. The Atlas is not about one-off, flash in the pan ideas, but a real dedication to the future.

Atlas of the Future is inspired by the talent and energy of people across the world working to solve our biggest challenges and create a better tomorrow. As part of a non-profit being launched in Barcelona and London, our mission is ‘democratising the future’.

Read the more about the Atlas of the Future.